Well, I missed a day (yesterday), dangit [of writing that is. I challenged myself to write every day in October]. I had a few hours of driving in the morning followed by preparing for a show followed by a show (in Stow, MA) followed by hanging out with a friend followed by a hard crash. And the thought of trying to write never entered my mind. Today I woke early, had pancakes with friends in Bedford, MA and drove from Bedford to NYC. It was a pretty easy drive. Even returning the rental car was not too bad. A friendly agent who told me since I returned the car with more gas than I had taken it with I was due money back. That’s the first time any rental car agency has every offered that. I declined, because the line in the office was so long.

It was a fun and productive weekend. I had some good shows and spent some quality time with good friends. It’s always good to be home though, even if home is sometimes tenuous. I have a few days off from performing this week, during which it will be easier to write.

Here’s a pic I snapped of a dog in a truck in a rest stop on the Mass Tpke. I was kind of taken with the whiteness of the whole scene. 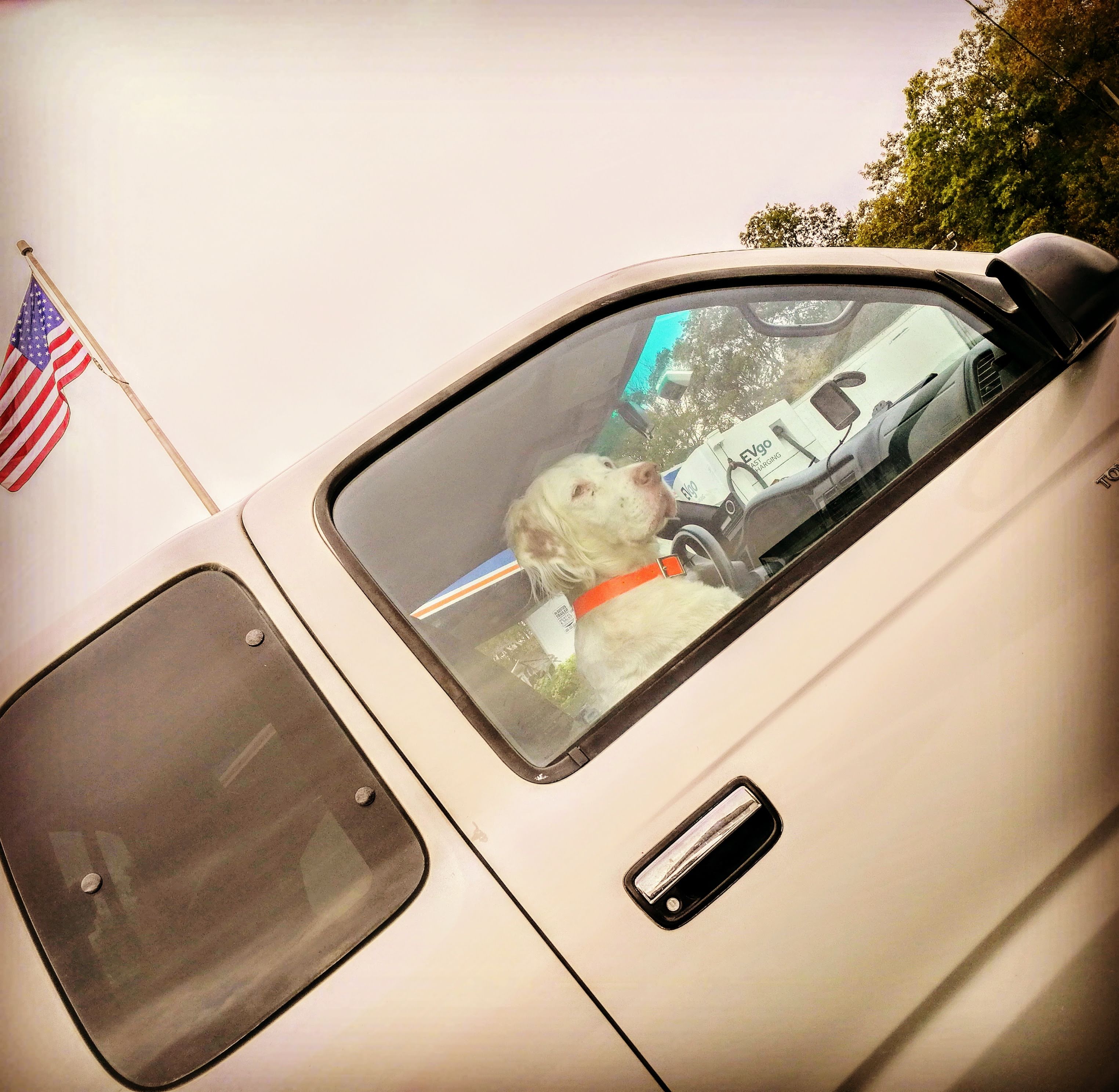