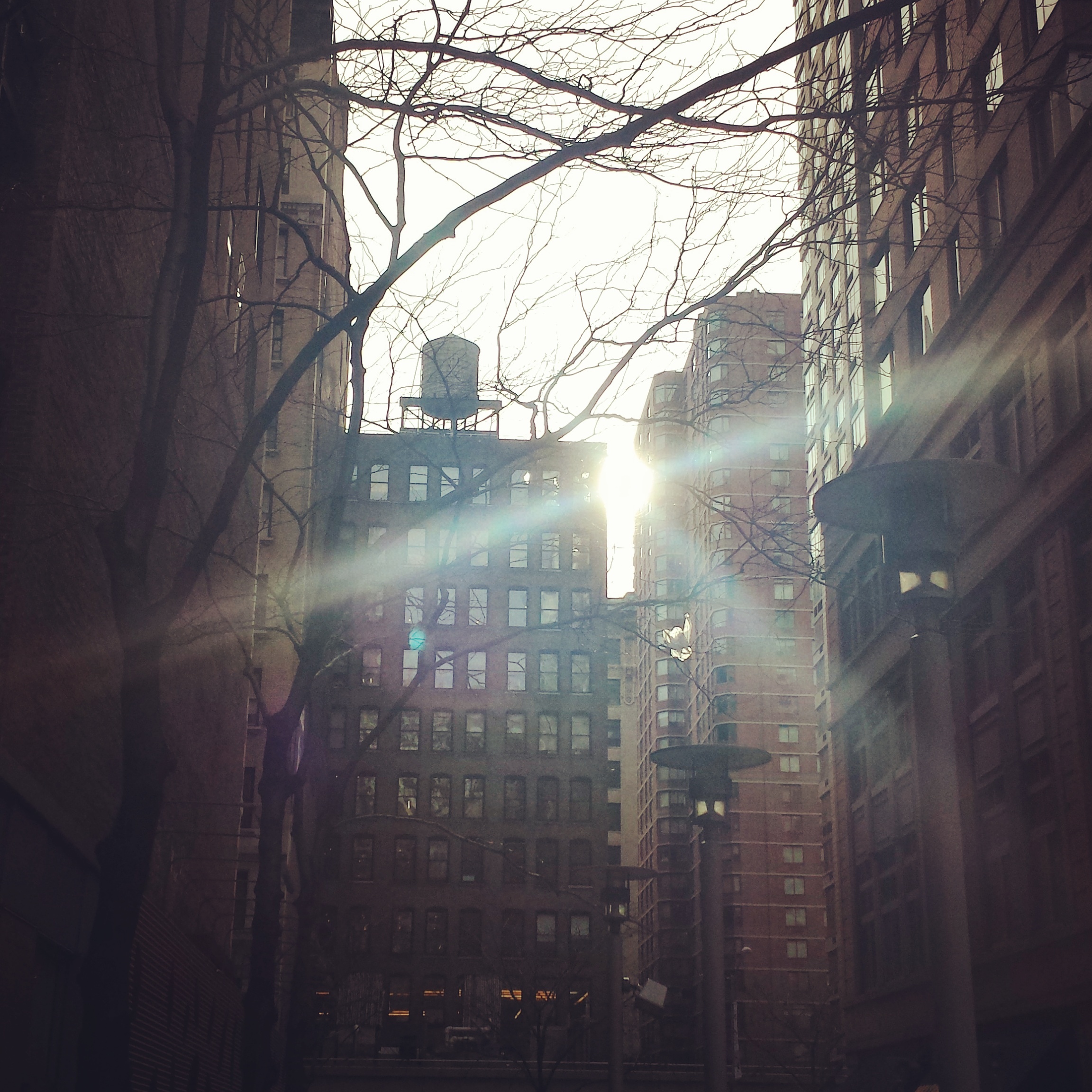 This is a picture I took of a water tower on 26th Street, viewed from 27th (Here’s a good article on the ubiquitous NYC water towers, which look like relics of the past but are still very much in use). The church I used to work for had its office on 26th. Directly behind me is the “Radio Wave building,” So named because Nikola Tesla lived and experimented there. There’s a great park nearby, Madison Square Park. Once Kanye West held a free concert there and it was a *mess*. Harried police shut down several blocks and there were tons of people. Apparently Kanye came on super late. Kanye and Jay-Z own a club nearby, called the 40/40 club. I stuck my head in there once, but didn’t sit down.

Speaking of Tesla: There are two Tesla Plaques in NYC (that I know of). One on the aforementioned Radio Wave Building (which used to be called Hotel Gerlach), and one on the Hotel New Yorker Hotel at 34th and 8th, where Tesla died, destitute. This leads me to a question: how come a long time ago living in hotels used to be a thing? 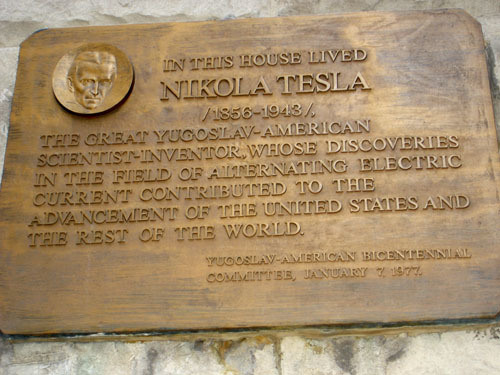 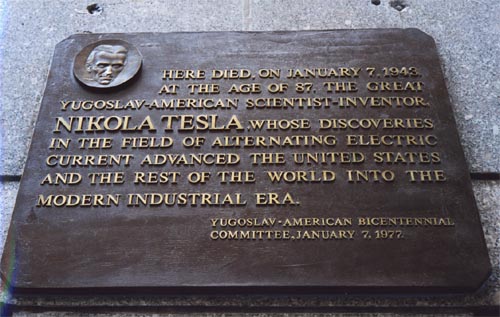