Today I woke up at 5:25, and in an effort to resist going back to bed, grabbed a tumbler of coffee leftover from last night and quickly swigged it down.  Boom.  I was awake, at least for the moment.  Once roused, I read a couple of essays from Christian Wiman’s “Ambition and Survival: Becoming a Poet.”  Wiman, a poet and former editor of “Poetry” magazine had been on my radar ever since my former college suitemate-turned Brooklyn neighbor Jay lent me his copy of “My Bright Abyss,” Wiman’s  memoir of moving from a resigned doubt back to belief in his Christian faith. I found the prose dense and was only able to get through a couple of pages at a time, so I stopped reading. However, my interest in Wiman was re-kindled when I attended a reading he gave at the Geestdrift festival in Utrecht this past October, where I also performed. (“Geestdrift is means “Enthusiasm” in English, but that misses the play on words in Dutch, which is about the Spirit moving.) At the reading, Wiman discussed some of his own poems and some by others. I liked the way he came alive while talking about the poets he loved. It seemed to show what made him such a good editor at “Poetry.” I felt some doors of creativity and freedom opening in me.  I later wrote to Jay: “I had expected a weak hipster-y kind of guy but he [Wiman] projected strength and energy. He’d look right at home on on a farm or commanding a marine platoon or one of those oil riggers or whatever they call them. [I meant “oil rig.”  Wiman is originally from Texas.]  I liked him quite a bit.” So I picked up “Ambition and Survival” and am thoroughly enjoying it. I’ll return to “My Bright Abyss” eventually. 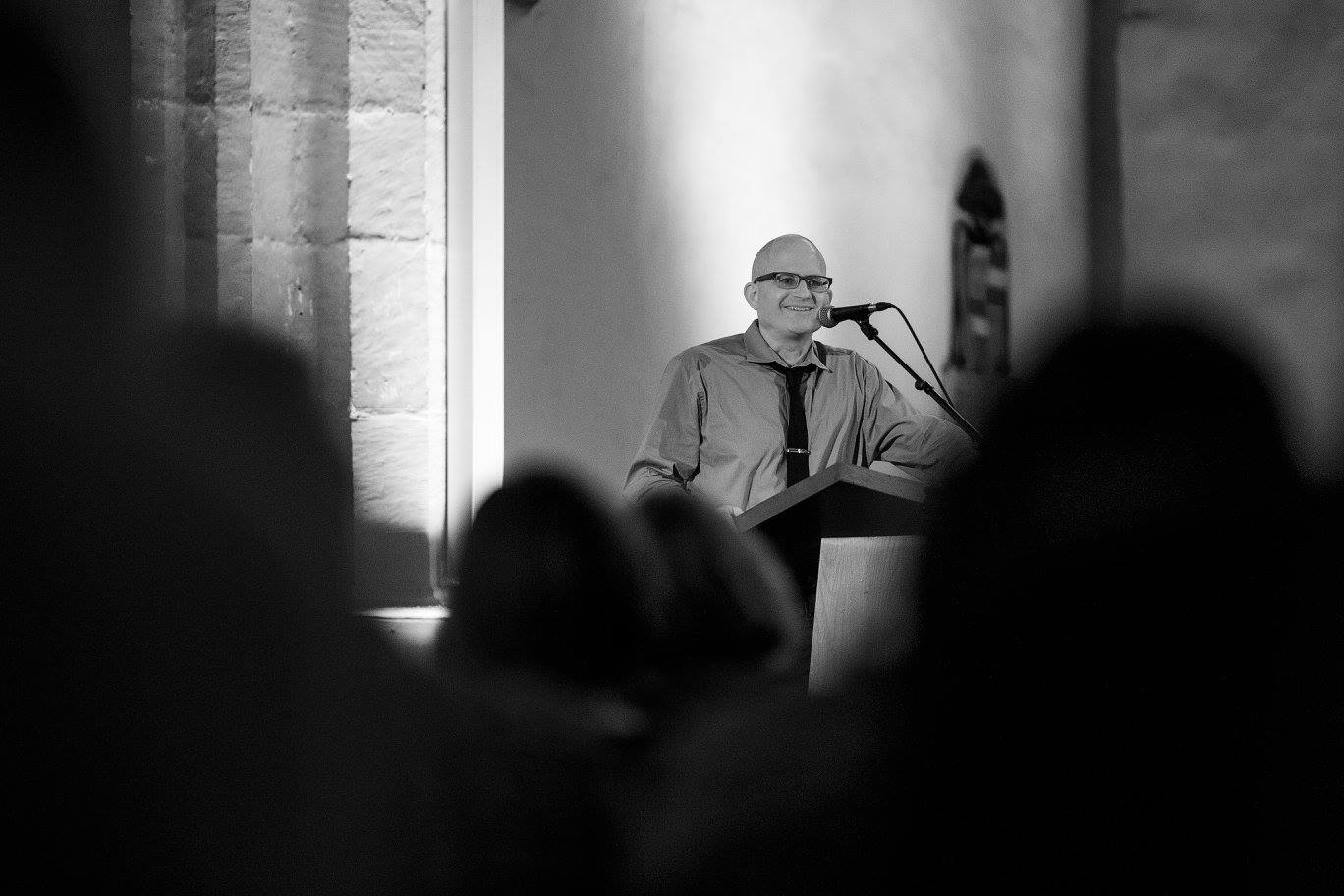 Here’s a picture of Christian Wiman at the Geestdrift Festival in October of 2016. (held in the beautiful old Janskerk). Photo by Daniel Roozing. 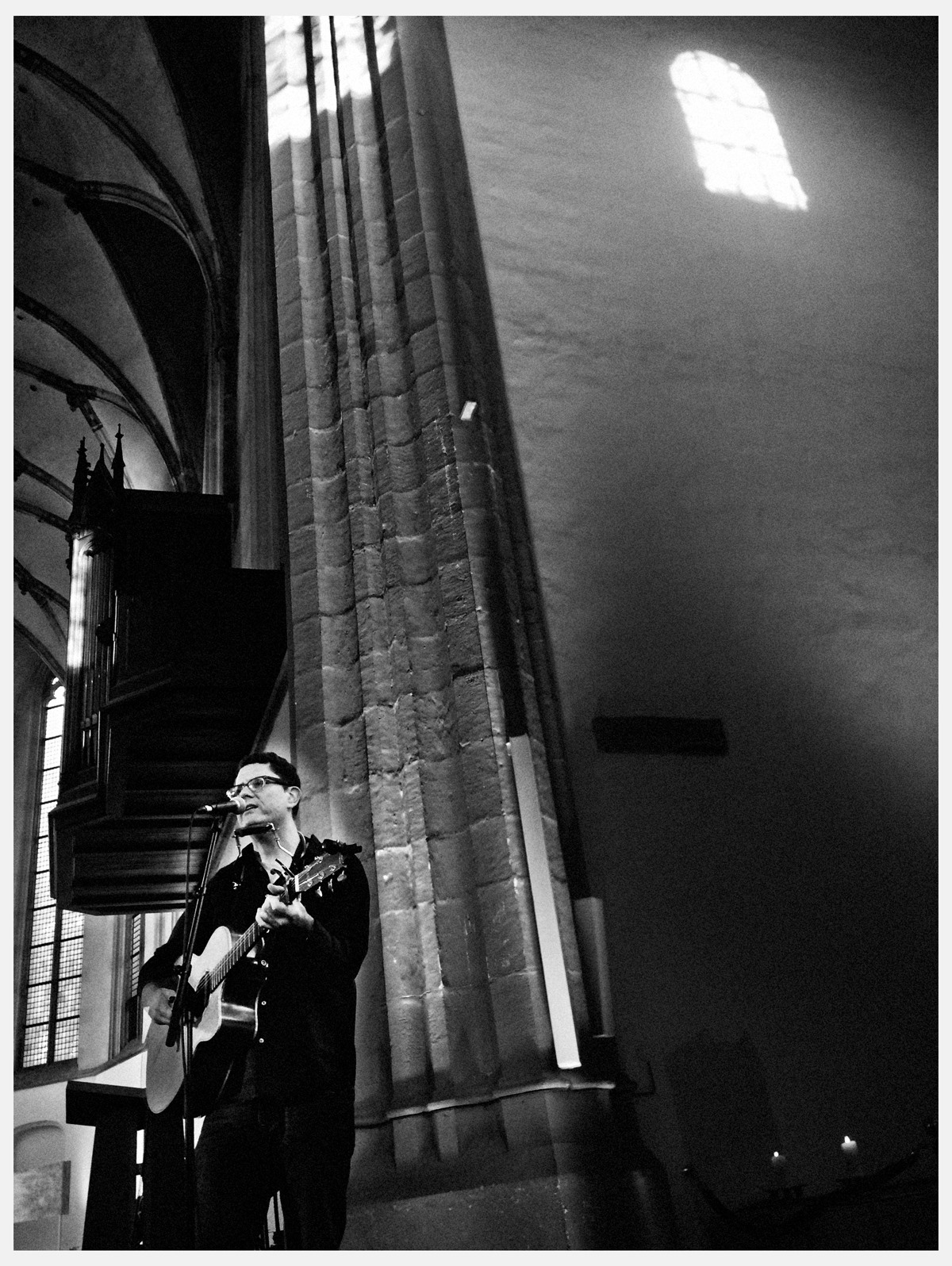 Me. Photo by Jaap van Heusden 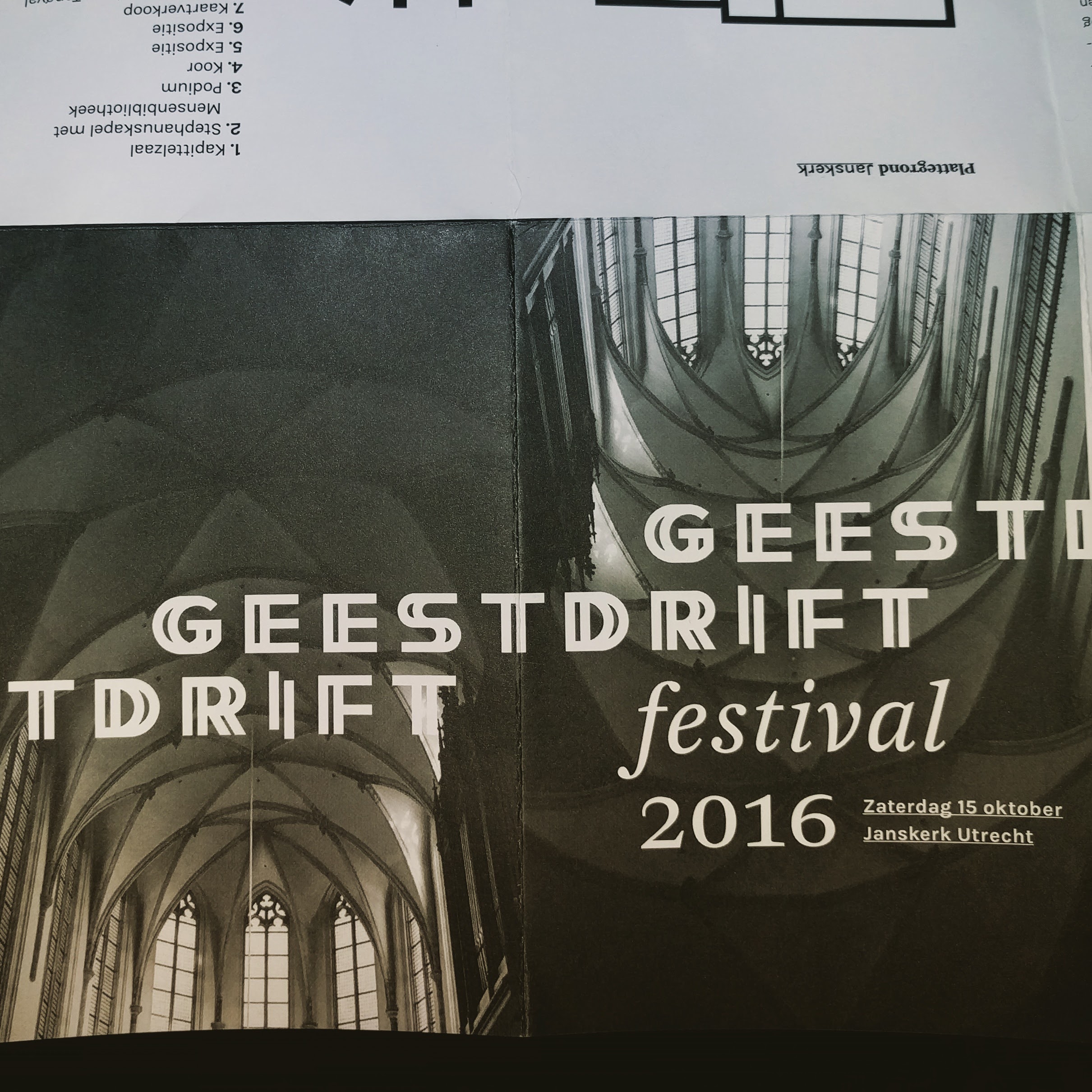