This is a photograph of my mother and sister at Green-Wood cemetery in Brooklyn. Green-wood, part of the “rural cemetary” movement, was a popular destination for 19th century New Yorkers seeking respite from the city. It inspired Landscape Architect Andrew Jackson Downing to start advocating for a New York park. This was the genesis of Central Park. Downing thought it unseemly that Victorian families would be picknicking and enjoying themselves amongst the dead. I recently read a “yelp” review of Green-wood, where, over 100 years later, a user was complaining about the exact same thing.

Green-wood isn’t nearly as popular as it was in the 19th century, but I find it far superior to the parks it inspired. It’s my favorite place in the entire city. It recently attained arobretum status and offers sweeping views of New York harbor. I can spend hours walking around its 478 acres with scarcely another human in sight. 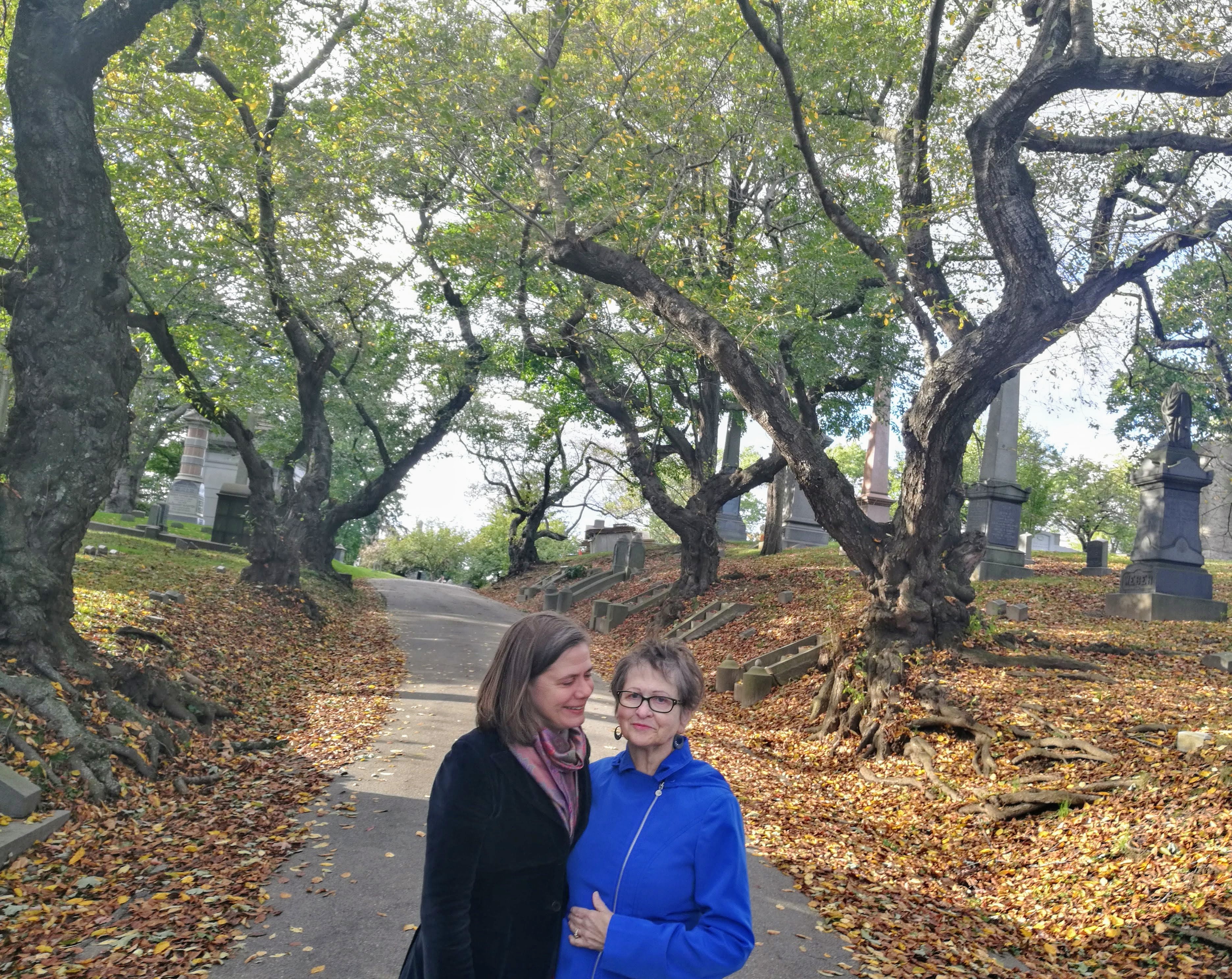