Someone once told me they heard a Nina Simone record playing from far away and thought it was me singing until they got closer.  I’ve also been told I sound like Burl Ives (who, incidentally, I saw perform at NC State when I was 12).  Perhaps I could have a second career as a dual Nina-Simone-from-a-distance/Burl Ives tribute artist.

I played the Christopher Street subway station yesterday here in NYC, and sang Nina’s signature “Don’t Let Me Be Misunderstood” about 6 times.  By the end of the night I was sounding really good on it.

The night started slow, maybe because I was rusty, or maybe because I forgot to bring an extra “seed” dollar to put in my guitar case to encourage people to give (a busking basic I learned long ago playing in the Boston subways with Brian Funck).

But things got rolling and peaked with the appearance of an long-time fan and his mom, en route to see a Broadway show.  They asked for “Lion Song,” and then a hymn, and filmed me (or took my picture) on an iPad .  After that, a guy came up to me and said he would give me $5.00 to “sing something nice” for his girlfriend.  Out came “Lion Song” again.  The couple started dancing, swaying to the music and swaying to whatever was in the bottle they swigged liberally from.  Then the young woman sat down on the subway platform with her legs protruding into the area the train enters when it roars screeching into the station.  Several people sidled up to her and advised her that this was not a good idea.  Her boyfriend agreed, and they all started trying to convince and cajole her to move, which she did, finally.

Here’s “Don’t Let Me Be Misunderstood” by Nina Simone, slow and smoky, recorded in 1964.  It was supposed by many to have a civil rights subtext.

The Animals’ version, recorded a year later, was manic in comparison, with a dual guitar/organ riff.  Here they are on Ed Sullivan (synch is off).  The girls are screaming Beatlemania-style.  Maybe it was something Ed brought out in them?

And lastly by Elvis Costello.  I like the way he delivers the word “sinful.” 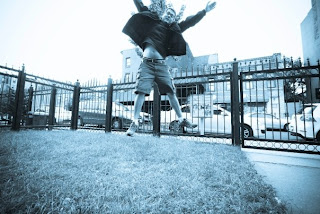